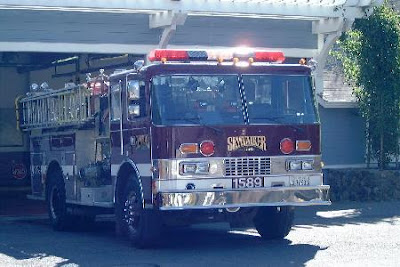 “The private Skywalker fire crew called for help from the Marin County Fire Department, which called for backup firefighters from San Rafael. No one was injured, said county fire Battalion Chief Mike Giannini. The cause was under investigation, but Giannini said the fire apparently started in the area of a fireplace.
Giannini said the extra firefighters were called in to make sure the fire didn't spread throughout the building.”

According to a Lucasfilm spokeswoman, the fire incident caused  “little to no damage”.
You can read more about it here.
Posted by Sam at 2:21 PM

The sound world of Cars 2

Pixar's Cars 2 was released today and as usual in all Pixar films the sound was handled by Skywalker Sound.
This movie brought again the collaboration between director John Lasseter and sound designer Tom Myers (just like in Cars). Hear from Myers, sound effects editor Al Nelson and score composer Michael Giacchino about the making of the soundtrack for this new adventure of Lightening McQueen and Mater.

Hello there 2011, we are back for some more. If I'm not wrong (the camera moves a bit hectically so I'm not 100% sure), the room that Matthew Wood shows, used to be the sound designer room mainly used by Gary Rydstrom and later on by Randy Thom.

There is little to be learned from this, but it is always neat to catch a fresh glimpse from the ranch and the great people that work there.
Posted by Sam at 12:59 AM

Sound of The Social Network 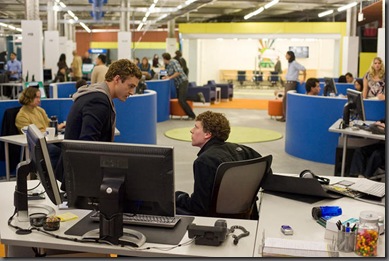 David Fincher’s new film, The Social Network, tells the story of Mark Zuckerberg and the origin of Facebook. It’s not often that we get sound news and profiles about dialog heavy films that make virtually no use of visual effects. This kind of films are usually very interesting sound-wise and also hard to do, as the soundscape has to be believable and unobtrusive.
Responsible for mixing this film were Ren Klyce, David Parker and Michael Semanick. In charge of sound design and supervising sound editing duties was Ren Klyce, who also did sound design for most of Fincher's films (including Seven, Fight Club, Zodiac and The Curious Case of Benjamin Button).

Also worth checking out is the soundtrack by Trent Reznor and Atticus Ross. Certainly not your everyday music for film, and rather something that fans of Nine Inch Nails will particularly enjoy.
Posted by Sam at 2:01 PM

I'm a writer, web designer, musician and overall producer of things.
Here I'll share with you my love for all things Skywalker Sound.

You can learn more about me on my website:
http://dig.mixnmojo.com/sam

A place for all things Skywalker Sound. News, information, pictures, visits to the facility and the adventures of the magicians who work in it.
However wonderful this site is, it's an unofficial blog and it's not related to Skywalker Sound (or LucasFilm) in any way. 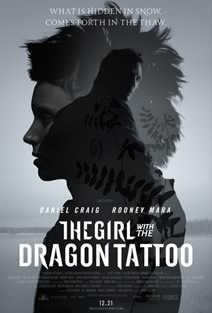 Skywalker owes its long-running success to an exceptional team of sound designers, re-recording mixers, and sound editors. Their skills and innovative techniques place them among the most respected and awarded in the industry. Together with an experienced crew of technicians and support staff, Skywalker Sound can easily handle the most challenging projects, including: big-budget films, independent films, IMAX, theme rides, commercials, sound for web sites, and games.

Located near Nicasio, California in Marin County. The Technical Building (house of skywalker sound) is next to the Ewok Lake at the Skywalker Ranch.

Jobs and Internships at LucasFilm

Check for openings at Skywalker Sound